The Spiritana Fifth Dimension is a welcome ascension help. Our collective journey to 5D, ascension, is a difficult but important spiritual enterprise. Step by step we learn to raise our vibration and consciousness. Hereby our energy sometimes resembles an elevator or an energetic roller coaster. One minute we’re in a peaceful and loving mood: Dimension 5. At the other moment, something in (ego, outside world …) is pulling us down: Dimension 3. Because staying in Dimension 5 isn’t easy.

That’s when the Spiritana Fifth Dimension comes into play. This beautiful spiritual energy helps you to quickly raise your vibration and consciousness to the 5D level. And to make it easier for you to hold it longer. Highly recommended for Light Workers.

Fifth Dimension, traveling to a better and finer world

Traveling with the Spiritana Fifth Dimension to 5D

The Spiritana Fifth Dimension can both help you get more easily in dimension five, and stay longer in 5D. You could call the Fifth Dimension our spiritual travel destination and our most important goal in life. That’s what it’s all about in this life. We do this spiritual journey to Dimension 5 together with Mother Earth. And that happens via 4D, in which we will probably only stay for a relatively short time. In addition: everyone is by nature multidimensional. Meaning that we are home in more than one dimension. But that doesn’t automatically mean that we are always aware of this. At least not in 3D. Because in 5D we are of much more aware than in 3D. And that isn’t the only advantage of 5D.

Changing sensations in a higher dimension

The higher your consciousness, the higher the dimension you can reach. The higher the dimension, the more possibilities there are. In Dimension 5 you have a more intense sensation of the energy you are. But also of the energy that others radiate (high sensitivity). It also becomes easier to activate the energies within yourself that you want to live in that moment. Therefore it’s important to feel less duality and more Oneness (Yin Yang Love is a beautiful attunement for that). There is also a different sense of time, where time feels no longer linear. It seems more as if everything happens at the same time. In general, we will experience that many of the 3D restrictions are beginning to disappear. And that our creative abilities increase considerably.

The differences between Third Dimension and Fifth Dimension

For a better understanding of the essence of Dimension 3 and Dimension 5, I have created the table below. By comparing the most important characteristics of both dimensions, you can quickly see how different both dimensions are.

Dreaming of a better world: the Fifth Dimension

Almost everyone dreams of a better world in which we don’t have to struggle to survive. Away from grief, pain and frustration. In which harmony, love, joy and building a beautiful world together dominate. Actually you’re then dreaming of 5D. With the Spiritana Fifth Dimension you can achieve this dream more easily. This ensures that you always have the energy of the Fifth Dimension at your disposal. So that always when you like you’re able to raise your energy to 5D. Use this Spiritana when you notice you’re being pulled back down by the earthly conditions. As a remedy against 3D, when duality threatens to bring you back into a negative energy. And furthermore as a tool to become multidimensional. Because that also gets easier with the Spiritana Fifth Dimension. 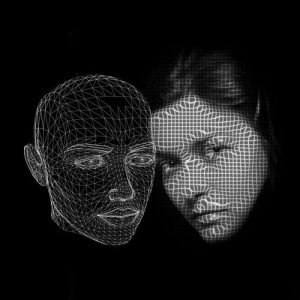